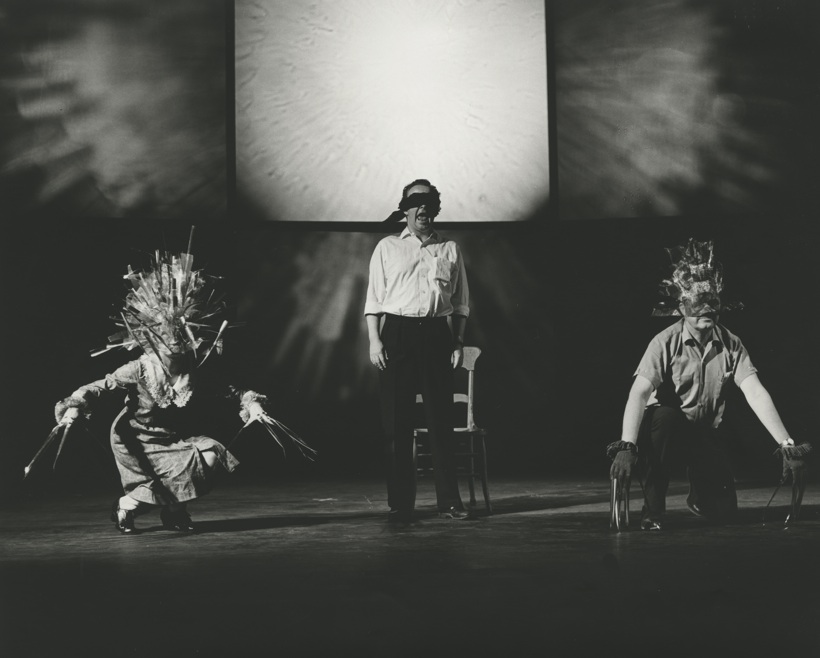 I saw the sundogs barking
On either side of the Sun
As he was making his usual will
And last testament
In a glorious vestment.
And the sundogs cried,
“Bow wow!
We’ll make a ring
Around the moon
And children, seeing it, will say:
Up there they play Farmer in the Dell
And the moon like the cheese stands still.
Bow wow!
We shall drown the crickets,
Set the killdeer birds crying,
Send shingles flying,
And pick all the apples
Ripe or not.
Our barking shall overturn
Hencoops and rabbit-hutches,
Shall topple over privies
With people inside them,
And burn with invisible,
Oh, very invisible!
Flames
In each frightened tree.
Whole branches we’ll bite off
And for the housewife’s sloth
In not taking them in
We’ll drag her sheets and pillow cases
Off the fence
And dress up in them
And wear them thin.
And people will say
Both in the country
And in the town
It falls in pails
Of iron nails.
We’ll blow the curses
Right back into the farmer’s mouths
As they curse our industry
And shake their fists,
For we will press the oats
Close to the ground,
Lodge the barley,
And rip open the wheat stooks.
We shall make great faces
Of dampness appear on ceilings
And blow down chimneys
Till the fire’s lame.
With the noise of a thousand typewriters
We shall gallop over the roofs of town.
We are the Sun’s animals.
We stand by him in the West
And ready to obey
His most auburn wish
For Rain, Wind and Storm

“The Sundogs” is from James Reaney’s first book of poems The Red Heart (1949), and it is also featured in Act I of his play Colours in the Dark from 1967. You can also find the poem in The Essential James Reaney (2009), available from The Porcupine’s Quill.