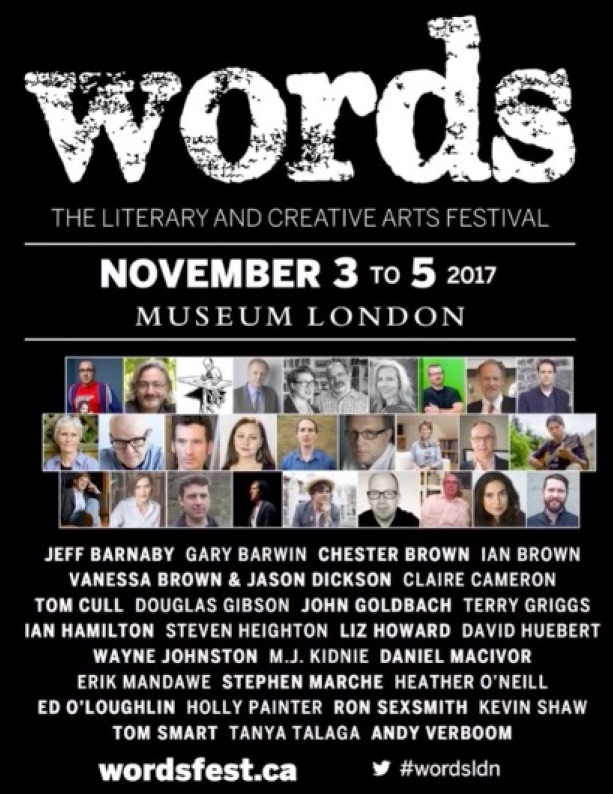 Thank you all for coming to Museum London on Sunday November 5 to hear Tom Smart speak on “James Reaney’s Visual Art: Iconographies of His Imagination.”

In his talk, Smart placed James Reaney in the tradition of poet-painters William Blake (1757-1827) and David Jones (1895-1974), who extended the expression of their literary ideas into their visual art.

Smart also mentioned Reaney’s interest in children’s art and the work of psychologist and educator Rhoda Kellogg, who analyzed thousands of drawings by children to show the evolution of their early non-pictorial work, or scribbling, to pictorial drawing. The child-like lone figure or “playful witness” is also a device that Reaney uses in many of his drawings and paintings.

Our thanks to our hosts Wordsfest and the London Public Library for their support in organizing this event, and to Western Archives for their display.

The annual lecture series celebrates the life and work of Southwestern Ontario poet James Reaney, who was born on a farm near Stratford, Ontario. 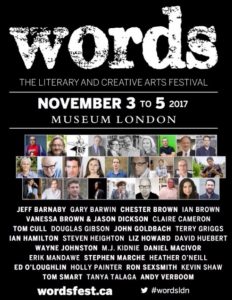