Join us on Sunday, October 20 at 2:30 pm at The Stratford Public Library Auditorium in Stratford, Ontario, for a talk by actor and director David Ferry on “Directing Reaney.”

David Ferry was one of the original cast members of James Reaney’s The Donnellys Part I, Sticks and Stones, which was first performed in 1973 at the Tarragon Theatre in Toronto, Ontario.  He has won Dora Mavor Moore Awards for both his acting and directing, and recently directed James Reaney’s Sticks and Stones at Bishop’s University in March 2013.

The annual lecture is a project developed by The Stratford Public Library and Poetry Stratford, and features a talk by a person who is knowledgeable about the life and work of Stratford poet and playwright James Reaney and of writing in the Southwestern Ontario region, which is such a strong element in Reaney’s writing.

The Stratford Public Library is located at 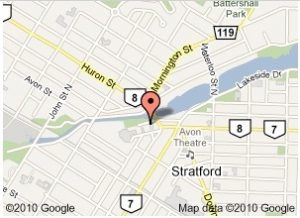