For director Barbara Larose, the play is “a story of growth and coming of age, with elements of love and innocence, a search for identity, and a courtroom drama that arises from a murder mystery.” Sound designer Rick Jones’s score, inspired by John Beckwith’s original music from the 1960 production, also includes “magical elements” — a gypsy motif for Madam Fay, bird cries, and the storm.

Pamela Terry (1926-2006), who directed The Killdeer in 1960, was a member of the Alumnae Theatre and directed its first production of Waiting For Godot in 1957. She and her husband, composer  John Beckwith, were friends of James Reaney’s, and she encouraged him to write The Killdeer and persuaded the Alumnae Theatre to produce it. John Beckwith put together a background score for The Killdeer, and in his book, Unheard Of: Memoirs of a Canadian Composer, he describes how he composed the score: “… following Pamela’s directorial suggestions, I improvised musical cues at the piano, as she and I devised various muting devices after the model of John Cage’s ‘prepared piano’” (see page 256).

April 18, 2013 update: To see what reviewers are saying about Alumnae Theatre’s The Killdeer, see Stage Door, Mooney On Theatre, Cate McKim, and JBNBlog. 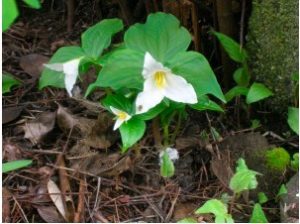