Paul Thompson‘s new play The Last Donnelly Standing at the Blyth Festival (August 4 to September 2) tells the tale of Robert Donnelly, one of the surviving family members of The Biddulph Tragedy.

Co-creator Gil Garratt stars as Robert Donnelly in this one-man show, a fitting sequel to Paul Thompson’s epic Outdoor Donnellys, presented at the Blyth Festival in 2001, 2002, and 2004.

In The Donnelly Documents: An Ontario Vendetta, James Reaney notes that “what follows here is an account of the events that culminated in the killing of the ‘somewhat notorious Donnelly family’ [4 February 1880] and what happened to the survivors, William and Robert Donnelly, up to their departure from Lucan in 1883. Indeed, subsequent events merit another volume: their arrival in their new home in Glencoe; the fact that the Donnelly brothers retained their father’s farm in Biddulph; that in 1905, Robert came back to live in Lucan, along with his nephew, James Michael, son of the ill-fated Michael Donnelly…” (See The Donnelly Documents: An Ontario Vendetta, page xv.)

For more about the play, see Joe Belanger in The London Free Press and JBNBlog.

A true fan has provided a pre-show video of Gil Garratt in character as Robert Donnelly here: https://www.facebook.com/james.reaney.14?fref=pb&hc_location=friends_tab&pnref=friends.all 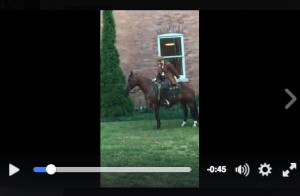 See also “James Reaney on writing about the Donnellys”: https://jamesreaney.com/2019/01/04/james-reaney-on-writing-about-the-donnellys/