We are sad to learn of the passing of Jay Macpherson, who was a longtime friend of James and Colleen Reaney and their family. Jay was a poet and University of Toronto professor who first came to know the Reaneys in the 1950s. She passed away on March 21, 2012.

Jay Macpherson will long be remembered for her kindness and intelligence, and her brilliant poetry. Here are two poems by Jay Macpherson that James Reaney published in the first issue of Alphabet in September 1960.

The Love-Song of Jenny Lear

Come along, my old king of the sea,
Don’t look so pathetic at me:
We’re off for a walk
And a horrid long talk
By the beautiful banks of the sea.

I’m not Arnold’s Margaret, the pearl
That gleamed and was lost in a whirl,
Who simpered in churches
And left him on porches,
But more of a hell of a girl.

Poor old fish, you’re no walker at all,
Can’t you spank up that elderly crawl?
I’ll teach you to hurdle,
Led on by my girdle,
With whalebone, elastic and all.

We’ll romp by the seashore, and when
You’ve enough, shut your eyes and count ten.
I’ll crunch down your bones,
Guts marrow and stones,
Then raise you up dancing again.

Were I a Shakespearean daughter,
Safe restored through fire and water,
You the party in the crown
—Someone get the curtain down.

Jay Macpherson won the Governor General’s Award for Poetry in 1957 for her book The Boatman. She can be heard reading her poem “The Boatman” on “Six Toronto Poets,” a recording made in 1958 on Folkways Records. (James Reaney also reads his work on this album, along with Margaret Avison, W.W. Eustace Ross, Raymond Souster, and Anne Wilkinson.)

Here is part of James Reaney’s appreciation of Jay Macpherson’s The Boatman from Canadian Literature No. 3, Winter 1960:

Perhaps the best way to conclude what should be said in praise of The Boatman is that it shows you how to get from “here to there”. If “here” is this world and “there” the world of Eternity, then this book of poems shows the reader all the necessary steps of the way. These are steps that I am sure an increasingly great number of readers and writers in Canada are going to find very exciting to take. 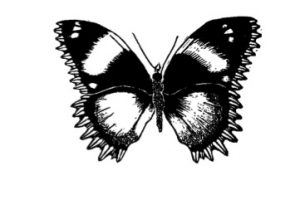